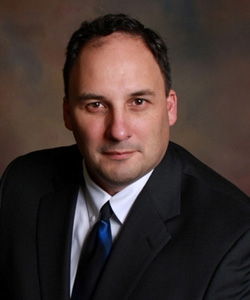 Marcus Barrera is a practicing attorney with Barrera, Sanchez & Associates, P.C., based in McAllen, Texas. He graduated from Baylor University in 1989 with a B.A. in Economics. After working in management at West Bend de Mexico, a maquiladora based in McAllen, Texas, and Reynosa, Tamaulipas, Mexico, he enrolled in the MBA program at the University of Texas – Pan American in 1990. In 1991 he then enrolled in law school at Texas Southern University in Houston, Texas. In 1994 he graduated from both the University of Texas – Pan American and from Texas Southern University Law School with a Masters in Business Administration and a Juris Doctorate, respectively. Mr. Barrera graduated in the top 11 percent of his law school class, served as a law clerk at the Texas Supreme Court, and was voted in by his peers as the Articles Editor of the Thurgood Marshall Law Review. He was also inducted into the Phi Delta Phi Legal Honor Society.

Mr. Barrera also serves as a Municipal Court Judge for the City of McAllen, Texas. He was appointed by the McAllen City Commission to this Judgeship in 2016.

Mr. Barrera has served as Past President of the Hidalgo County Young Lawyers Association and as a Director of the Hidalgo County Bar Association. Mr. Barrera has also served two terms on the Texas Young Lawyers Association Board of Directors as the representative for Hidalgo, Cameron and Webb Counties. Each year, the top 1/3 of 1% of Texas attorneys are invited to become Fellows (or members) of the Texas Bar Foundation – Mr. Barrera was nominated and selected as a
Lifetime Fellow of the prestigious Texas Bar Foundation in 2000.

Mr. Barrera served as Mayor Pro Tem for the City of McAllen from 2007 to 2009. He was elected as a McAllen City Commissioner in 2001. That same year, Mr. Barrera was also selected by the University of Texas -Pan American as a Distinguished Alumnus. He has also served as President and Chairman of the McAllen Development Corporation and the McAllen Audit and Investment Committee, respectively. He has also served as a Trustee on the McAllen – Hidalgo – Anzaludua Bridge Board for several years. Mr. Barrera was a co-founder and Past President of the Community Council of the Rio Grande Valley, a non-profit agency providing social services to disadvantaged individuals valley wide. Mr. Barrera was also selected by the Tejano Monument, Inc., to represent them in establishing the largest monument at the Texas State Capital grounds – The Tejano Monument. He currently serves on the Board of Directors of the McAllen Education Foundation, the McAllen Economic Development Corporation and Rio Bank.